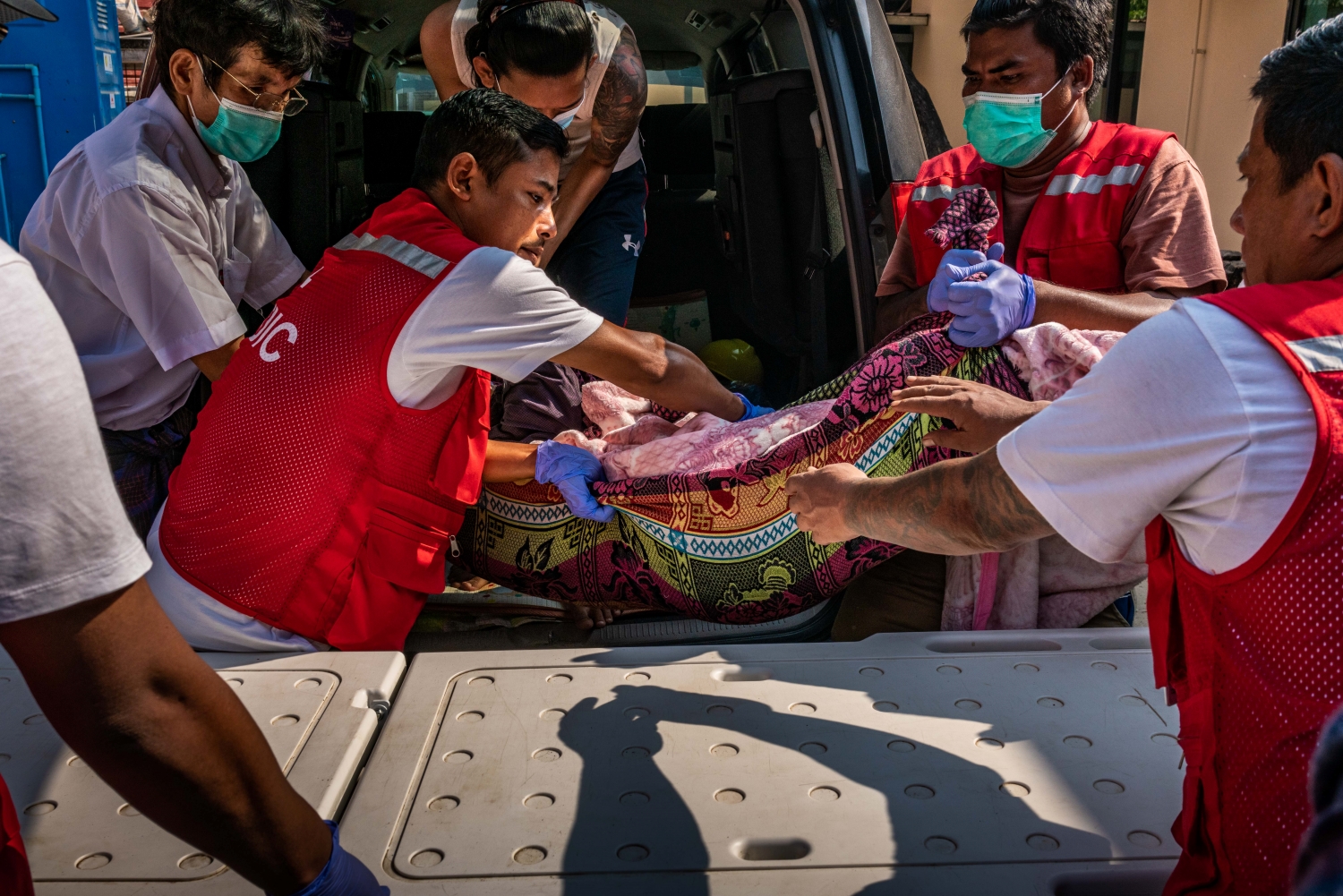 On the evening of April 9, reports began emerging that security forces had killed scores of people in Bago, after they unleashed heavy weapons and grenades to disperse protesters manning barricades.

Before launching the operation in the city about 80 kilometres northeast of Yangon, the armed forces had blocked roads in Bago. This prevented ambulances from collecting the wounded, many of whom were eventually dumped in a monastery compound.

At least 80 people were killed in Bago that day, but a final death toll will probably never be known. Something else we’ll likely never know is how many of the wounded died because they did not receive treatment.

I arrived in Bago three days later to help treat the wounded. It was a difficult task –many of them were in hiding, for fear they would be arrested if they sought treatment. Witnesses also said volunteer medical workers had been detained by the security forces, following a pattern reported elsewhere in the country.

As a frontline medical volunteer, I’ve regularly witnessed the brutality of the junta’s dispersal tactics.

The first time was during a protest near Thanlyin Technological University in southeastern Yangon Region on March 9. Troops had occupied the campus, and students were protesting peacefully to demand that they leave. The soldiers suddenly opened fire with live rounds, leaving several people injured.

We began treating some of the injured in a safe house not far from the site of the protest, but we had to quickly evacuate the patients when soldiers arrived nearby. Thankfully, we managed to get them to another safe house and continue treating them.

Not every injured protester manages to escape. Some are seized by the police and army and denied first aid, often dying as a result of loss of blood.

Even when the injured manage to evade security forces, they are far from safe. As the Bago example illustrates, accessing healthcare and medical assistance is itself a dangerous challenge for protesters, and for the medical volunteers who come to their assistance.