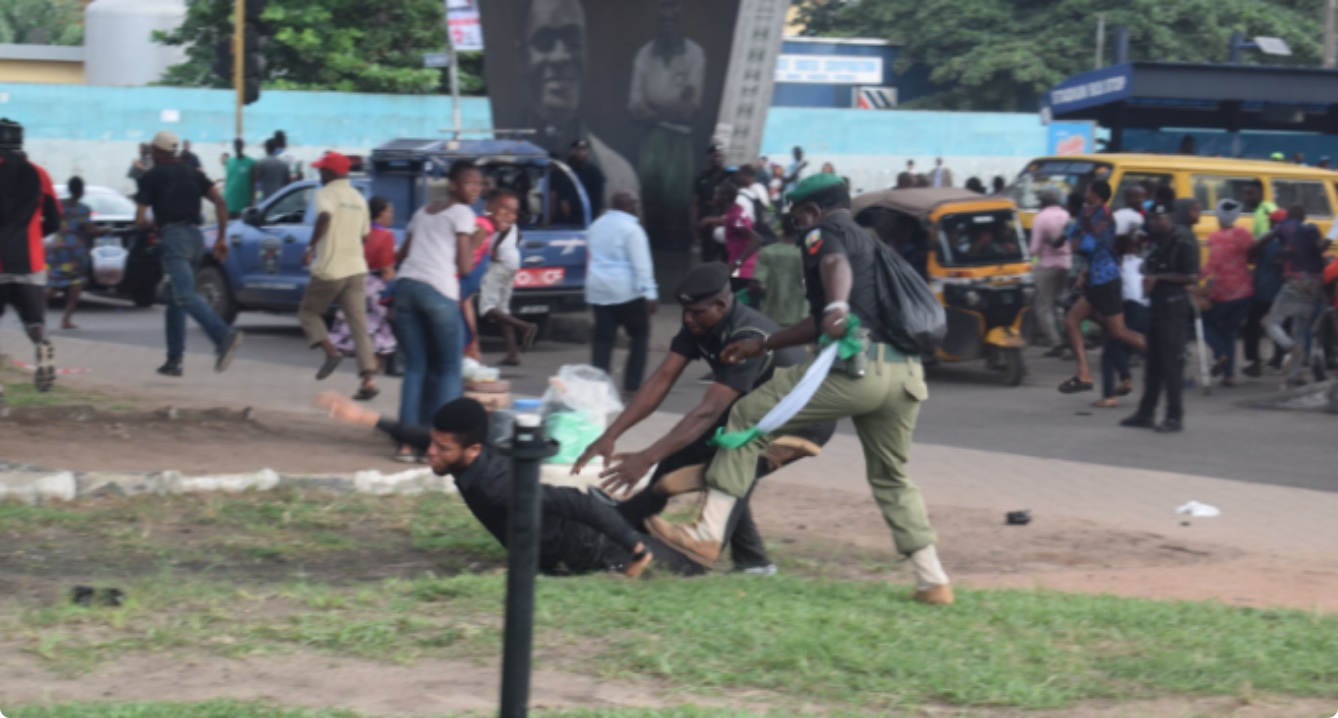 Recently, Officers of the Nigerian Police Force in Port Harcourt, Rivers State, illegally arrested a driver of a popular cab Company and detained him for five days without access to his family. This incident occurred just as the anniversary of what residents in Port Harcourt called the Ikokwu 4 had just passed. Unfortunately this is just one of many such acts of impunity committed by Nigerian Security forces.

In many instances, impunity in Nigeria is encouraged by the deliberate subversion of institutions of Justice and accountability for their own ends. For example, in February, when many people protested the opening of the Lekki tollgate, they were arrested and brutalized by the Nigeria Police. There have been instances when State Governors have deliberately ignored court process, and violated human rights in a bid to pursue the delivery of supposed legacy projects.  An infamous example of this is the illegal demolition of Otodo Gbame, a waterfront settlement on the edge of the Lagoon in Lekki, by the Lagos State Government. This action was carried out in contravention of legal processes. In 2017, a High Court in the State declared the action of the state as null and void and unconstitutional, yet, the state government continues to ignore the Court’s Judgment. According to a resident, “Since the ruling of Justice Onigbanjo of Igbosere High Court, the state governor went for appeal and we have not heard anything. The appeal by the state government seems as a way of delaying judgment

A consequence of impunity in Nigeria is in the entrenchment of mob violence. According to an article in the Journal of African health sciences, mob violence is prevalent when angry and disenfranchised people lack trust in the legal system. Data from the Partners for Peace’s Peace map between 2017 -2020, there was 323 incidents of mob violence in Nigeria resulting in 727 fatalities. Mob violence often occurs where “disgruntled members of communities willingly engage in destruction directed at specific groups, property, or individuals perceived as causing harm to the community”. An example of a mob violence event common to Nigeria is the lynching of suspected criminals such as petty thieves, armed robbers, suspected rapists etc. The extra judicial killing and maiming of suspected offenders is not just a violation of their right to fair hearing, it is criminal in nature, and nevertheless, mob violence persists because perpetrators are seldom brought to book by the law. This institutional deficiencies emboldens people to assume the role of the judiciary and they start executing their own version of Justice.